What about 64 bit support

I’ve been working on a Real Time denoising prototype with a rpi3B+ and the pisound card, really amazing card and results ! It appears the Aarch64 (64 bit architecture mode of the ARMV8 arch) would significantly improve the performance for what I’m doing.

I’m aware of the restrictions caused by using the 64 bits mode (like no usable “GPU”), but for my use it is not a real problem. The thing is, the apt repository of Blokas doesn’t offer arm64 installation.
“N: Skipping acquire of configured file ‘main/binary-arm64/Packages’ as repository ‘http://blokas.io/apt rpi InRelease’ doesn’t support architecture ‘arm64’”
(I’m running on Ubuntu Mate 64 bits)

So I was wondering it there was anyone working on it, and if not why. If there is already someone working on it or on a workaround I’d be glad to help. If the decision was made not to develop for 64 bit only because there are not a lot of people which are really using the 64 bit mode (which I can understand), I’d like to know at least what would need to be done, and maybe start it on my own

Have a nice day !

Hey, the Pisound software in the apt repositories is only for the Pisound button and the Pisound App, it is optional. Pisound button software can be manually built and installed using the source code on https://github.com/BlokasLabs/pisound/tree/master/pisound-btn, first replace gcc-4.9 with gcc in the Makefile, then run the classic make && sudo make install.

The Pisound kernel driver is integrated into the Raspberry Pi kernel, it should be buildable for 64 bit architectures.

The reason for not providing 64 bit builds is because of the overhead to build, maintain and test additional configurations, at the moment we are targeting the most widely spread ones.

Indeed, everything is working fine, thanks a lot

I understand perfectly, but it could be interesting to give a little more details about that in the documentation. Like explaining what the configuration script actually do

Just another thumbs up for this request. RPIOs 64-bit is coming along well. They don’t talk much, but there is a new beta-build since 4th of March, and I find it marvelous. Youtube 1080p running well, pisound as to be expected out of the box. I built SuperTuxCart to test graphics, and I do feel it is significantly snappier than on 32-bit os. I think it’s time to switch, on 64-bit too

asking for confirmation: if i would install raspbian 64bit on my pi4 8gb ram, i could also install the pisound software then with:
curl https://blokas.io/pisound/install.sh | sh
?
or would i have to compile it myself?
what steps would that require? (kind of noob here, but willing to learn)
thanks!

I built and installed pisound-btn like instructed above, but my pisound failed to initialize after that, for example aplay -l reports no devices. I had some kernel panic messages in dmesg log. Removing pisound-btn restored pisound functionality.

You could build pisound-btn from sources.

I built and installed pisound-btn like instructed above, but my pisound failed to initialize after that, for example aplay -l reports no devices. I had some kernel panic messages in dmesg log. Removing pisound-btn restored pisound functionality.

What were the messages? The pisound-btn is only a user space process, it interacts with the kernel through the GPIO sysfs, most likely there was some issue in the 64 bit kernel. Maybe there’s already some newer version of the kernel available since the last time you’ve attempted it?

Unfortunately I didn’t copy the messages, but I think there was an access violation at the bottom of the call stack. I have a self-built kernel, built from the latest stable branch (5.10) at https://github.com/raspberrypi/linux/ to include the realtime patch and enable support for NOHZ_FULL and 1000Hz timer. It’s possible the patch or some of those settings have an effect, but I didn’t look into it further as the button isn’t essential for me.

64-bit support would be very useful for pre-loading multiple large soundfont files into fluidsynth (or the qsynth gui for fluidsynth) on boot. Currently 32-bit applications are limited to 3 GB, so I can fill up 3GB worth of soundfonts into qsynth on my 4 GB Rpi4 with patchos, and it takes like 20 seconds for me if I want to restart qsynth with a different set of soundfonts.

If patchos had a 64-build then could more conveniently load up as many soundfonts as desired that fits in the 4 GB or 8 GB Rpi4 models, and that would make patchos be a nice high-quality soundfont player.

I will be trying this very soon . Waiting for a pi 4 8gb ram . Anybody kept notes while compiling patchbox on 64 bit ?

to install a 64 bit system at the moment is only possible for people who are familar with development tools on linux systems. think this is not applicable to musicians and a solution is needed. for example tuxguitar works only on 64 bit, so what?

It’s just as easy as burning any microSD card to run a Pi. Both PiOS and Ubuntu 64-bit can be loaded directly on to the boot device. The 64-bit version of Raspberry Pi OS has been official since FEB22.

I agree for installing only the operating system OS

If I do tray to install Blokas software on OS 64 Bit the result is
Depot »http://blokas.io/apt rpi InRelease« architectur »arm64« is not supported

So question is what you can do 64 Bit without Blokas software.
Following video explanation did help me to setup Jack:
“Linux Audio Explained (ALSA vs PulseAudio vs JACK vs Pipewire Explained)” 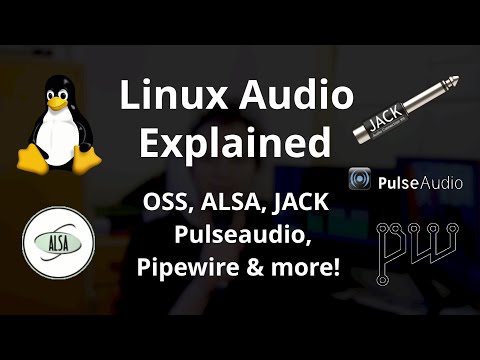 Now I can can have loops in Audacity and play guitar through Guitarix simultaniusly.

I’d also love to see http://blokas.io/apt supporting 64bit RaspiOS - I suppose that can’t mean so much work and storage overhead?