Hello
I am starting a new thread for the pisound patches i will be contributing
For optimal musical creation These patches require that you:

1.) HAVE A MIDI CONTROLLER THAT YOU CAN USE FOR INPUT

2.) Are Familiar with PURE DATA or SuperCollider or Csound [the first set of 10 will be pure data]

3.) You understand how to install an external with Deken [i will provide any extra “external.pd_linux” files that for some reason are not available in Deken yet or are unique to my research

4.) Are nice. These are offered as a token of community and fun. If you want support/features added stuff like that you can contact my Patreon for that sort of thing

So lets see how this one goes.

PATCH ONE CHALLENGE: WAVETABLES
1.) YOU MAY have to : INSTALL some externals [grid.pd_linux] hint: in lives in “unauthorized”
hint #2

2.) WE call externals @ runtime with pd - lib “name of external”.pd_linux BUT!!! we only use the name
for example chicken~.pd_linux would be called pd -lib chicken~

Lets see how our Raspberry’s do with this Patch as a benchmark:

Dropbox is a free service that lets you bring your photos, docs, and videos anywhere and share them easily. Never email yourself a file again!

Hey, which flavor of Pure Data are you using?

I have PD vanilla, and I get a bunch of ‘couldn’t create’ errors which are likely caused by missing externals. The first one is ‘knob’, I can’t find which external package is missing.

I only use Vanilla

It’s definitely because of missing externals that is the whole point of this exercise.

Hello Patrick, the problem I’ve found is that searching flatgui in deken there are no versions for the arm architecture, and it seems not available as a debian package…

Yeah, I also couldn’t find flatgui neatly packaged, and saw somewhere mentioned that it’s even (was?) going to get deprecated for pd-extended, so thought it’s not the way to go.

Moonlib’s knob is called mknob, and I got it working, by renaming every use of ‘knob’ to mknob in the pd files:

I still have ‘pi’ object missing, any ideas which external is it from?

Ok, installed pd-hcs, then I found that ‘iemlib’ was needed, so installed ‘pd-iem’ package. Now ‘filter~’ and ‘pvu~’ are missing, even though it seems they should be part of ‘iemlib’… There’s pvu~-help.pd in /usr/lib/pd/extra/iemlib, but still the object couldn’t be created.

Hey, just managed to get the patch running! 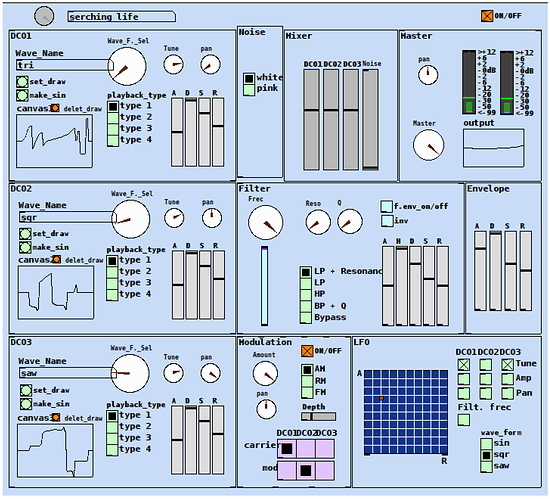 This is a pretty cool patch!

I don’t have a MIDI keyboard at hand’s reach at the moment, tried to send some notes and CCs via MIDI-OX and it looks promising, I see parameters are reacting to CCs which makes this a very usable instrument.

Is there any quick way to figure out which CCs are used for what param in the patch?

The iemlib that gets installed by running sudo apt-get install pd-iemlib indeed was missing pvu~ and filter~ objects, so using the iemlib from Organelle’s externals worked! They also have ‘knob’ external in ‘flatgui’, so replacing knob to mknob in the patches as I did in previous reply is not necessary.

In a nutshell, to get the patch running I had to do:

The externals in /usr/lib/pd/extra are also in the Organelle’s repo, so likely using everything from the package could work.

@Patrick_Pagano, we’d like to include patches like this one in a bundle of patches that are playable and usable right out of the box with Pisound, and make it launchable via the button or via the Pisound App (an update is coming soon

this is a very basic starter patch with midi, wavetables and presets. I suggest we have a conversation off line regarding a set of patches that show the power of Pure Data with the advanced sound quality enabled by pisound.

Next up
Mini Moog
Midi Controlled mini moog with full 32 Step Sequencer sound good?
YOu will have to MAP your own midi controller

For the Basic SYnth Section of the PdPi set of patches

Then we will move onto SoundFonts and FluidSYnth~ 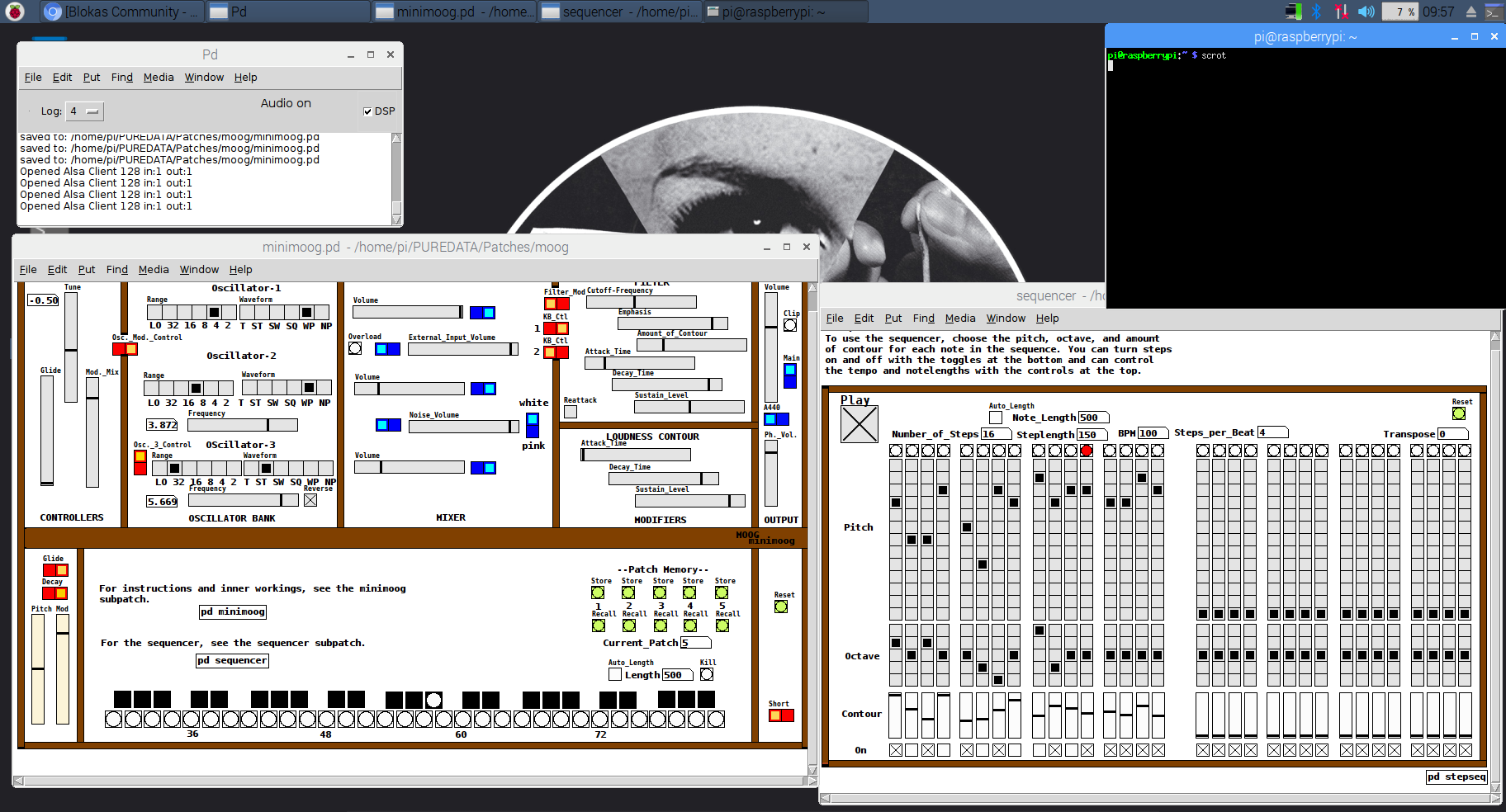 you can send me a PM until then, i just do not want to have to support two versions

I can wait for the optimized version for the raspberry pi. As I have found automationism in the mean time.

I may have some questions, maybe once I formulate them, I’ll PM you.

Sure, that’s what i am here for. You can post them here we can share the answers with the community.