After a year of development, we’re alpha-testing a Rpi3 with Pisound HAT sampling a hydrophone (underwater microphone) and streaming live audio to a browser-based listening app. We’re only sampling a single channel at 48,000 Hz for now and using an inexpensive hydrophone, but we chose the Pisound so that we can eventually try sampling a fancier hydrophone at 192,000 so we can resolve the full range of signals emitted by orcas (aka killer whales): calls (100Hz-30kHz), whistles (10kHz-30kHz), and clicks (10kHz-120kHz). 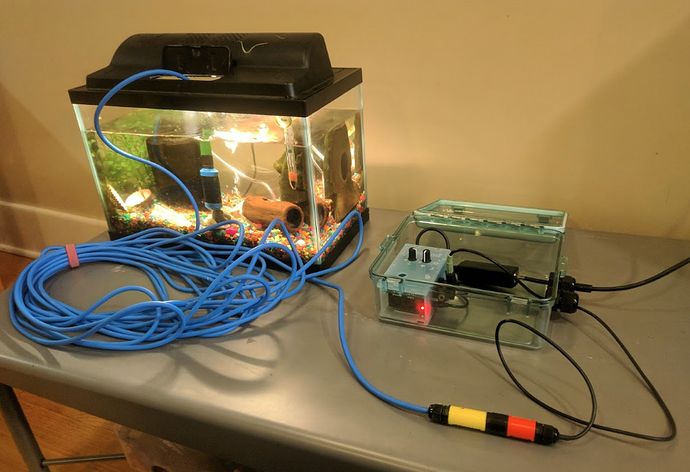 Some of the technical details of the hardware, as well as the software we’ve chosen can be found in this recent hardware/software blog post and spring 2018 update to our Kickstarter. Keep an eye on our web site where will unveil the Orcasound app this summer so that you all can “listen for whales” while you work on your own mellifluous Pisound projects!

We’ll pose more questions to the Blokas.io community soon, but I wanted to say that it has already been great to get help from y’all – particularly when we were soldering the jumpers to power our hydrophones from the Pisound input jack. Next up is understanding why we’re getting occasional “ALSA buffer xrun” errors and associated drop-outs when using ffmpeg+mpegts to generate HLS segments and a m3u8 manifest file, especially when trying to use s3fs to transfer the files in near-real time to an Amazon S3 bucket… The devil’s in the details, eh?!

I suspect this may be fixable by raising the priority of audio processes - if all of the processes run using the same priority, the OS may not be giving enough processor time to have a consistent flow of audio.