Thought I’d share some pics of my new pisound and it’s setup - at least the setup for the moment!

I’m going to be using pisound with some Pure Data patches as another sound source, driven either from Sonic Pi running on another Rasp Pi which is the controlling hub, or from a midi keyboard - again using that Rasp Pi as a USB Host to direct midi to various synths.

A key ingredient is the Akai MIDIMix - which is a controller aimed at DAWs, but I found has the most number of knobs per £ out there, so it’s great for fixing up to run a synth with lots of controls. There’s a screen shot of a patch I’ve been fixing up today which uses a port of Mutable Instruments Braids at it’s heart, and I’ve just put it in a useful shell with controls and animation. A big thank you to WyrdAl on PatchStorage for the starting code (originally for ORAC): https://patchstorage.com/macrosynth/

I’m delighted with the pisound, it does what it says - set up a Pure Data patch and it simply starts up with it ready loaded. I can use it with or without a screen attached in this mode. Thank you! 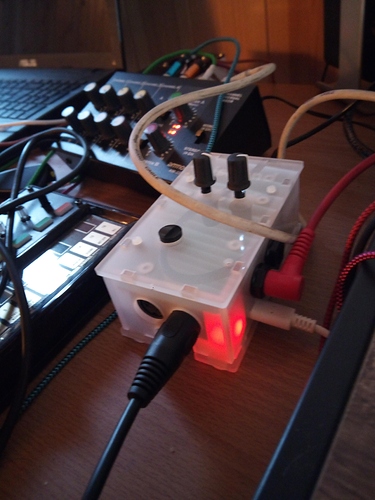 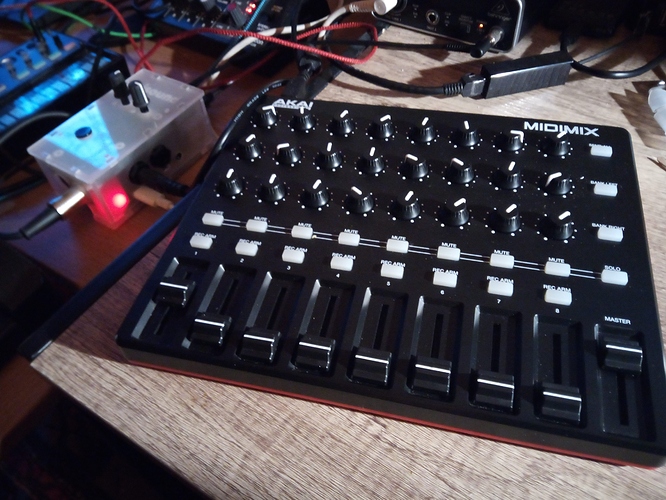 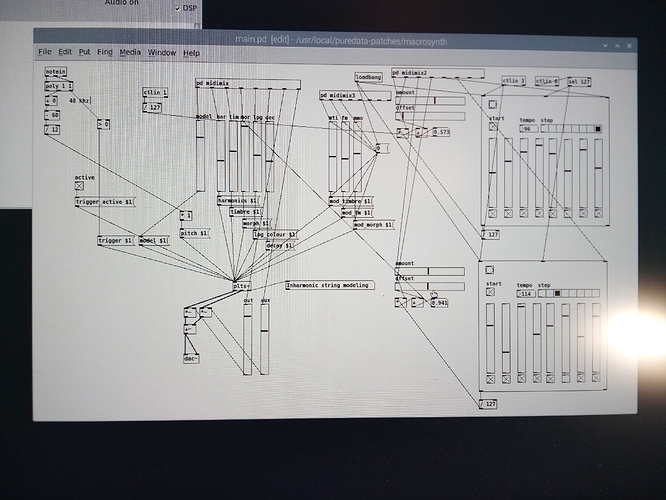 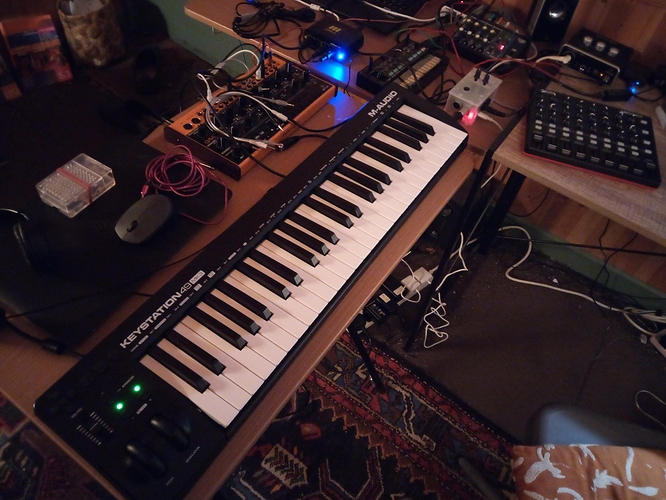 Pure data based port of braids?! I did not know this stuff existed, I’m very excited to research that, do you have a particular link to such patches or shall I resort to Google-fu?

The whole setup looks great, including the controller which funnily enough I spotted for the first time in a pawn shop an hour ago! That’s bcr2000 numbers of controls!!