Y’know what Blokas should build next? A standalone device. Focus it on MIDI event processing. Could be named, erm… “MIDIhub”, let’s say.
Oh, wait! 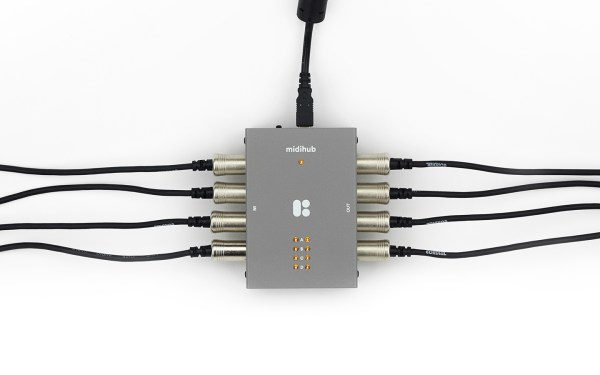 Yup! An early version of it can be spotted in the Pisound video: https://www.youtube.com/watch?v=4vxWxG3e1TY

Any thoughts or ideas on things you’d like to see in such a device?

Agreed. That would have been my priority feature. We’re getting an increasingly number of USB-MIDI devices, so integrating those in a MIDI patchbay becomes a challenge.
Was also surprised that it didn’t get CV I/O. That could help bridge some worlds.
CC mapping is pretty much required and shouldn’t be hard to do. Right?

So that was the nondescript box on top of the MacBook? Never gave it any thought, when watching that video (and waiting my first pisound to materialize). Good to know it was part of your internal roadmap from the start. Gets me to wonder what you have in store.
(Also, hadn’t noticed that you were also the team behind PatchStorage. Had just thought the link was there as a way to lead people to patches you had created. Sounds more and more like the Blokas team has been keeping its cards close to its collective chest.)