I’ve recently finished building a guitar which, among other things, is equipped with a Schaller-Hannes Piezo bridge.
This bridge is notable in that it has a single piezo pickup under each string. 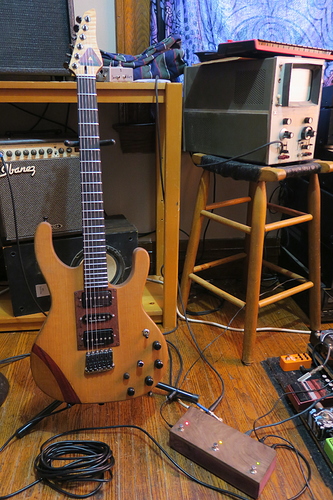 In the guitar, there lives a 6x12 impedance correcting and summing preamp (piezo’s are brutal).
I designed the circuit around six dual opamps (TL072CP), here’s one of 12 channels: 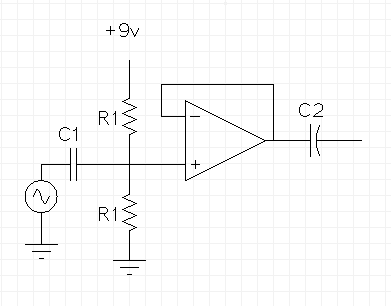 And a look at it’s guts: 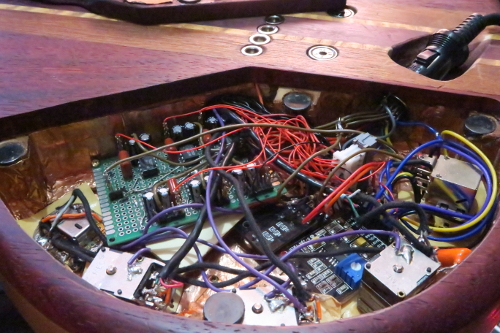 This allows for access to the individual string audio (hexaphonic) and summed audio (for whatever) at the same time.

Signal gets from the guitar to the control box where the Pi lives by way of a 13 pin DIN cable.

To get the hexaphonic audio in to the Pi, I went with AudioInjector.net’s RPi Octo Sound Card, which has 6 inputs and 8 outputs:
http://www.audioinjector.net/rpi-octo-hat

This worked pretty well out of the box, and I don’t recall having any trouble following the sound card setup instructions and pointing MODEP at the other card.

The awesome news is, MODEP handles the 8 inputs and outputs well, and it’s SO COOL!

There’s a rotary encoder/button on the guitar, which also is connected to the Pi.
The Pi is programmed in python to watch the GPIO pins and translate the voltages from the rotary encoder into MIDI data, which is then usable elsewhere on the Pi.
The script I wrote is available on github for others, in case they want to do anything with it: 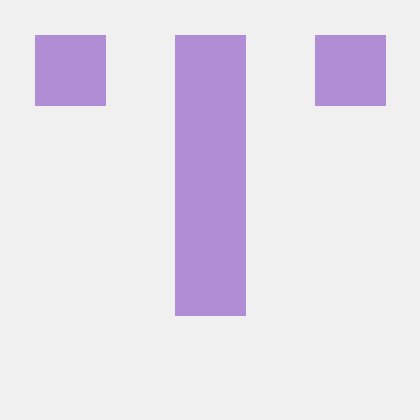 A python script to create a midi device, and send control change messages out through it. - whofferbert/rpi-midi-rotary-encoder

I generally use the rotary encoder as a volume knob, and the button to toggle a Tube Screamer.

Additionally, I connected a Behringer FCB1010 with Eureka PROM to the Pi, so that way I can use it to trigger the virtual pedals.

Now, I’ve got this whole setup working, and an infinity of things to do with it!
One polyphonic synth from six monophonic synths?
EQ each string differently?
Distortion/delay/whatever alternating between strings?
Whatever!

Thank you to MODEP for being SO COOL!

I have also put videos about the guitar and hexaphonic system on youtube, but be warned, they are long!