My pisound is on its way. Can’t wait. Will be especially fun once Sonic Pi 3 is officially released as part of Raspbian Stretch. But the HAT will be very useful before that.

Was wondering about Bluetooth MIDI. Haven’t really “done my homework” about it, yet. But it doesn’t sound like people have made it work on a Raspberry Pi. Could be very useful with pisound, sending MIDI to other devices (say, an iPad).
Has anyone investigated this? Is there any hope it could work?
Will check more on my own but pointers are always useful.

Well, this thread gives me some hope:
BLE MIDI GATT Service on Pi3 – Raspberry Pi Forums
Sounds like there’s still work left to make Bluetooth MIDI work well on Linux:
What is still left for MIDI over Bluetooth Low Energy on Linux
But it’s not a lost cause.

Hey, I don’t see any technical reasons preventing it, but I have no idea what’s the software state of it.

Anyway, if the devices support WiFi, an interim solution could be to use some MIDI over WiFi software.

Reviving this topic which might be applicable to PatchboxOS

I found this acticle today while trying to get bluetooth midi working on one of my pi installs.

it seems that in the standard install BlueZ is NOT complied with the –enable-midi flag.

I’ve got the new version running, but I don’t have a BT midi device aside from my ipad/iphone and those dont seem to want to connect just yet. Still digging on that.

The problem is that for a “black box” raspi solution wifi configuration is a little shit.

In my case, I am developing a looper guitar with a pisound hat. I want to connect my pisound looper to another raspberry device… but i havent the same scenario always. Some times I have my raps in home, another times I use the rasps in a pub, etc…

A midi bluetooth connection would be the best way in orther to connect my devices… Auto pair and auto connect is possible in any scenario.

Instead, with wifi alternatives is a problem… the wifi network are differents in any places (essid, wap, etc…). Other solution is to use some raps as wifi router… but I dont like this solution for debuging reasons (In home I prefer use the normal router and all devices as clients and I dont like to change the device configuration in home/public places).

After this… I have been probing bluez-5.50 with midi support. The source code has a configure --enable-midi option to enable it (midi is available but not enable in the default raspbians packages).
The compilation works fine, but I have not been able to stablish a midi connection over the bluetooth. Theorically, bluez with midi support should create a midi interface (in aconnect list), and you could use this virtual midi device as a normal device. In my case, this virtual midi interface does not appears… so I couldnt test the connection.

Anyone has any experience with bluez midi in linux?

Have you tried disabling the UART in /boot/config.txt

Edit - need to revisit this soon, but found this link which looks promising/helpful 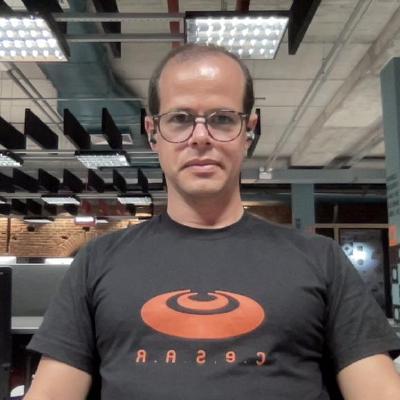 Theorically, the official bluez package has merge this btmidi support since the 5.46 version. The strange thing is that in the 5.50 (with blue midi support available) the btmidi-server source is missing…

I have tried the oxesoft fork, but it does not works in my rasp.

Another option is this one:

they have a rasp image with the ble midi support enabled and working (with old versions).

bluez 5.43 forked and btmidi-server launched appears as Midi ble available in android. When I try to use it… the virtual midi device does not appears in the aconnect command.

all this sounds less than ideal.

I’ll need to catch up on this in a week or two when I have more time.

I have just red your last link:

In this example, a ble midi device is connected to a raspberry with bluez-4.8 and all works great. I think (I am not sure) that with midi ble connections there are midi periferical and midi host.

In my case, I would like to connect two rasp, or an android to my rasp… So I need enable a raspberry like a periferical ble midi-device. As I undertand it, I need btmidi-server in order to convert my rasp in a ble midi device… but btmidi-server is not available in bluez 5.50 (I dont know why).