The Midihub is a flexible device which can fill many different roles depending upon your needs, this can make it hard to describe - at its heart its a router with 4 MIDI DIN input, 4 MIDI DIN output and also acts as a USB MIDI device (bi-directional)., but I personally think of it as an ‘intelligent’ midi router, as it allows you to selectively route midi messages from any of its inputs to any of its outputs and transform/filter these messages en-route.

Often this flexibility comes at the cost of complexity of setting up, but Blokas have avoided this by using a simple to use application on your computer to configure the routing and midi processing.

Then once configured this is then stored on the Midihub as ‘presets’ (up to 8), and then you use the Midihub completely independently from your computer, switching quickly between your presets with the button on the unit.

My first impression of the Midihub , is its a small device, housed in a nice sturdy metal box , one I’d be confident to throw in a bag, the LEDs on the case, are used really well allowing you to see if midi is flowing, and where too - this is surprisingly useful.

What do I want to use it for?

So over the last year, Ive been steadily increasing the number of hardware instruments in my studio reducing the reliance on my computer in an effort to just ‘turn on and play’, reducing my time configuring gear.
Audio this was easy, I just use a mixer, easy to mix and router audio (via sends).
But, for midi in turned out harder, as I needed something that allow me to interconnect up a number of pieces of hardware, but with some flexibility in the routing.
I looked at midi mergers and splitters to solve the connectivity issue, but that are mostly pretty ‘dumb’, so I then investigate the Bome Box… but rejected, because it doesn’t have midi din.

Midihub solves both sides of this, it provides lots of din connectivity (and usb) and also some intelligence on how the midi is then routed.

The core usage of Midihub for me, is to use as an intelligent midi merger and splitter, a true ‘hub’ where all midi flows in, and then I configure it to determine where the messages go.
The 4 midi din IO and USB pretty much is a perfect size for my small home studio.

Ive been using the Midihub in 3 different ways, which Ive saved as ‘presets’ (the button allow me to switch quickly)

a) USB MIDI -> MIDI DIN
I use an eclectic mix of hardware , including things like Raspberry PI, Bela and Organelle , and a lot these only provide USB hosting, so if I want to interface with my Eurorack/AE modular which is using midi DIN. I need to use a USB to MIDI DIN converter.

I have a cheapish ‘cable converter’, but i dislike the flimsy cable - and frankly its never been quite the same since ‘Zippy’ (the Cat) decided to munch down on it

With Midihub , I get to use proper full weight midi cables… its great as a simple converter as it can be usb bus powered means its just a small box + usb and midi cables.

(I almost forgot, I also use Midihub to route midi from my computer/DAW to hardware too)

b) Midi Processor
Most of my instruments are pretty flexible, but Ive a couple of small issues.

c) Hub for my small studio
This is my main use and how Midihub is setup on a day to day basis.

I have a Squarp Pyramid, a hardware sequencer that I really enjoy using and is the ‘brain’ to my setup.

Unfortunately, it only has 1 midi din input, and 2 midi din output (and can act as a USB device which we’ll discuss later), that’s not enough for all my gear.

So Midihub enables me to do 2 things:

whats nice is with the channel remapping of Midihub, I can also keep it all nice and simple,
such that each of my controllers/synths are using midi channels 1-4, but then these are remapped on the pyramid into unique channels, and so different tracks.

I configure this as:

The Midihub then routes ALL incoming midi to the Pyramid on MIDI DIN A. The pyramid then sends midi data back to the Midihub on channels 1-16, which in turns distributes the messages to the relevant output device, and as mentioned above the Midihub also ‘rewrites’ the midi messages with the correct midi channel number.

One really nice feature for the above, is that because the Midihub is powered via USB, I can plug it into my Organelle, to both power it, and also to get midi over USB (both input and output)

With all this setup, I can achieve what I wanted - which is to just turn it on, and immediately start playing the synths, and sequencing, or interacting with the Eurorack/AE Modular - without having to configure things.

Overall I think its a great little device, and its permanently plugged into my setup, and frankly most of the time I don’t even think about it - as its just quietly ‘doing its thing’ without any issues. (I like gear that is install and forget!)

As a USB midi device, its worked flawlessly on mac/windows and linux (including from the Organelle and Raspberry PI).

I found the software really easy to use, and I think this is a huge part of the success of Midihub.
I don’t want to spend hours configuring things, of trying to remember how to use the supplied application.
but this software is so easy to use, if I think of a new use for the Midihub - Ive no hesitation to fire the software up to configure it… it becomes part of a solution, rather than another headache

it uses a simple concept of a pipes, so you drag in an input for the pipe (e.g. DIN A), connect one or more modifiers (e.g. to switch midi channel) , then drag in an output - perhaps the ‘virtual pipes’ (which allow for more complex routing) might be confusing initially, but i think if you look at a few of the example setups they are fairly simple to understand. Overall, I think anyone will be quickly be able to get it setup without fuss.

My only small ‘gripe’ is that this simple interface, can mean that configurations can get a bit large, due to having to replicate ‘pipes’ for different inputs , which can be cumbersome and make it difficult to get an overview. But this is the nature of visual programming, its the ‘flipside’ of easy to use, its only a small thing, as the UI is very good, and which Blokas have been improving it steadily.

The one thing more than anything I would wish for on the Midihub is USB host support.
Ive a few USB midi class compliant devices (pedals, and even the Pyramid) that Id love to just plug in, but I can’t… I workaround this, by plugging them into a USB host, like the Organelle then forwarding midi, but that is a bit cumbersome.
Perhaps, in the future a ‘Pro version’ could have USB hosting - this could also provide a convenient way to connect multiple midi hubs together if you need more IO.

Finally, one thing I find exciting about the Midihub is that the concept is extendable,
Its already great, but Blokas are able to continue to improve it, by adding new processing abilities (aka modifiers).

Currently the modifiers provided are mostly geared to ‘routing’, e.g. channel re-assignment, filtering, splitting, which is the primary role for the hub.
However, there are a couple of modifiers (sync delay and tempo divider) that I think start to show an interesting possibility of ‘creative midi effects’. This could be something really exciting, another complimentary use for the Midihub , so I hope this is an area that Blokas might explore more.

As mentioned earlier, Id been looking for a while at the BomeBox, which is similar…
However the Midihub having MIDI din, makes it immediately more useful to me.

So, I’d definitely recommend it, I think its a really handy device, that is well built, has all the IO that I need, and is a great ‘intelligent’ router, with the potential to be more.

I’m a hobbyist musician who loves playing with synthesisers and music technology.
I’m also a software developer who writes and contributes to a number of open source music related projects.
I post videos about my explorations and development activities on YouTube as ‘TheTechnobear’ 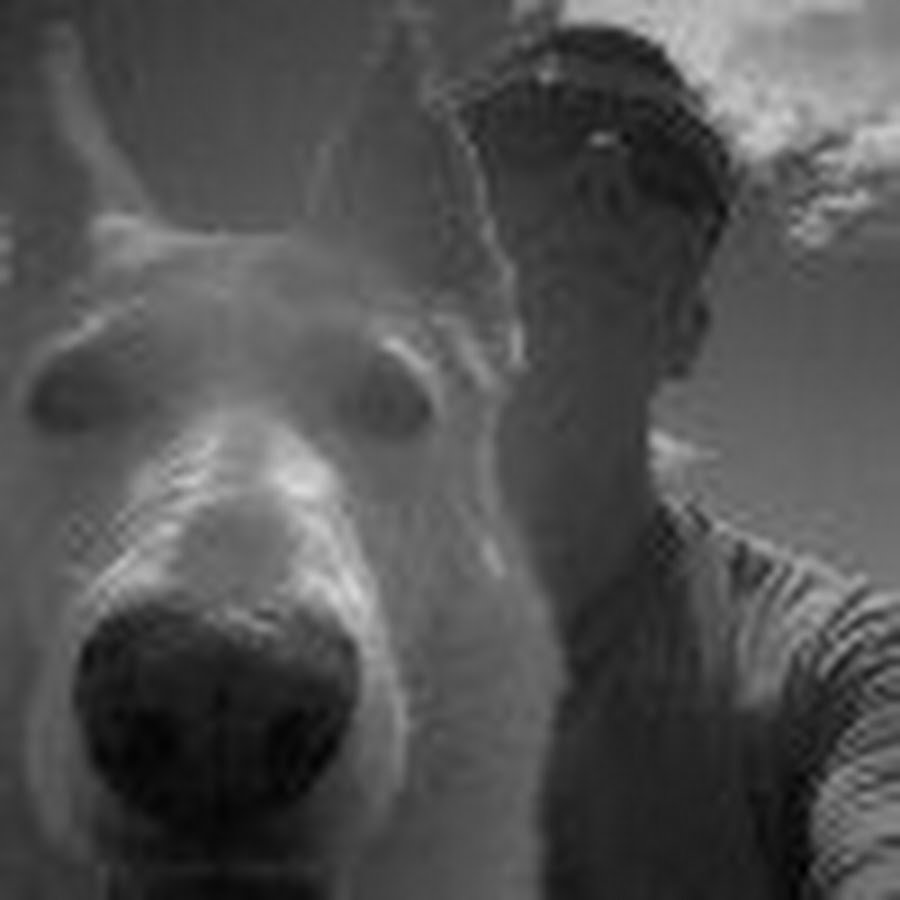 A mix of technology, expressive music and sound design videos. Join me on my voyage thru some unusual musical technologies, exploring what they have to offer.

Hi thetechnobear! i’m new to both organelle and midihub, and i’m looking to integrate the organelle into my setup. i was curious if you were still using a usb to midi converter to bring your organelle into midihub. as of now i haven’t found a way for midihub to detect my organelle by usb like it does my interface, which i use in the USB A position on midihub.

aditionally, your groovebox solution would apply to model:cycles, too. how did you remap your note cc’s to another channel? i don’t see a pipe that converts cc’s to channels, just cc’s to other cc’s and the same for channels.

i would really appreciate your thoughts, thank you! having a blast with orac.

Hi - sorry I realise your post was a couple of years old but I was looking for midihub - bomebox comparisons and saw that you said the BomeBox doesn’t have midi din. What did you mean by this?

Hi, allow me to offer my 2 cents of opinion on the subject.

I cant speak directly to the I/O of the BomeBox, but the deal breaker for me was this. After spending a couple hundred bucks on the hardware, you had to turn around and shell out another hundred or so on the software (Bome MIDI Editor) to make actually useful. That to me is a sham. The fact that the MIDIhub Editor software is readily available to download and explore even without the hardware is MASSIVE plus of this system. Just judging from screenshots I’ve seen, the MIDIhub Editor software is also far far easier to use and understand. Bome just look like it was designed by engineers.