After our letter to the MOD community and the MOD team’s suggestions that Blokas should try to add more value to the whole MOD ecosystem, we did dive into it. One thing led to another, and after 2 weeks, we have something to showcase!

First of all, MOD-UI for MODEP was updated to the latest version - 1.12. As James pointed out on the MOD forum, having the latest UI version should increase the perceived value of the MOD platform.

Second, the integration with Patchstorage! From now on, MODEP users can share and install different plugins easily. The integration is still quite basic and needs further polishing, but it is a great start, and we hope it will open broader participation in the MOD ecosystem from LV2 plugin developers to adventurous Raspberry Pi users.

The update is already live for Patchbox OS! SSH into your Pis and run:
patchbox update && patchbox module activate modep

The LV2 platform on Patchstorage is currently dedicated to 32-bit LV2 plugin builds for Raspberry Pi, and projects like Zynthian and part of the pi-Stomp devices (@drandaji) can already utilize it.

Having said that, as the MOD insolvency process can take more than a year and their cloud infrastructure question hasn’t been addressed yet, we are ready to expand Patchstorage API and UI to support multiple file uploads so that integration with Patchstorage would benefit different hardware platforms and owners of MOD devices directly. Once the integration is tested, we will start the discussion with the MOD team.

And regarding Pedalboard sharing - if there is an interest, we could implement that too! We will have to investigate a bit more on the best ways to handle missing plugins and user authentication, but if the interest is high, we will add this to our TODO, so let us know!

From this MODEP release, we won’t be including already pre-built plugins with the MODEP package. From now on, all the plugins will have to be downloaded from Patchstorage or compiled by the users themselves.

That’s why we are looking for some assistance with the project - compiling, uploading, and maintaining plugins on Patchstorage, helping out with build and contribution guides, and community support aspects both here on the forum and on Patchstorage.

If you want to help out in one way or another, PM me or @Giedrius.

That’s it for today!

P.S. Some screens from the update! 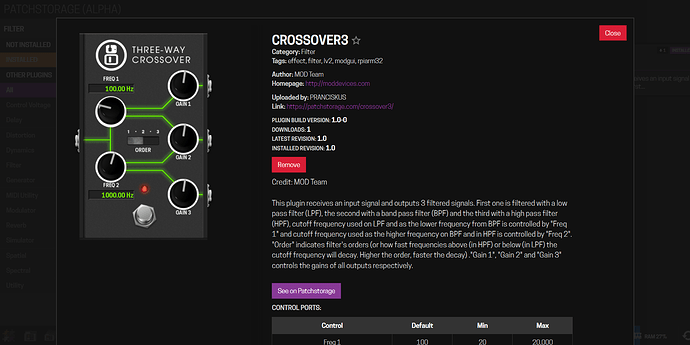 @Pranciskus this is fantastic! So just to be clear:

Thanks for the update and can’t wait to try out the new version!

We can run the update commands you cited on a current install of Patchbox OS & MODEP 1.10?

Yes, you don’t need to flash a fresh Patchbox OS image, just run the command on your current setup.

After running the update command will the installed plugins be wiped out and we’ll have to reinstall from Patchstorage?

Will our pedalboards from 1.10 be brought over during the upgrade?

All pedalboards should remain, but we haven’t tested this extensively. Proceed with caution.

We have uploaded only 75 plugins, so you won’t find all of those you are currently using. We hope our community will help us out with maintaining plugins on Patchstorage.

Can I download the modep 1.8 lv2 plugins somewhere? I wast able to get the 1.12 to install on an older patchbox image and rewrote the sd card without backing up the lv2 plugins

Unfortunately, I get the following error:

I’ve dropped the unnecessary dbgsym packages from our repo, please try the above again, but first do sudo apt update

Thanks, this fixed it and now I have all my pedal boards working. Thx again

Great news. Thanks for all the work. Semi-stream of conciseness questions:

There is definitely a gain to 64bit os, but you’ll have to compile your own rt kernel…
The source code for modep should work on 64bit if you compile each part. No 32bit plugins won’t work on 64bit. Hope this helps

Hi all, I am trying to switch between pedalboards using Program Change at CH16 without success.
I am using a touchOSC controller running on IPAD. It’s able to control pedals by CC but sending PC does not affect the pedalboard change. Is it possible that this issue could depend from the new UPDATE?

I followed your steps but no plugins show up in modep. What can I have done wrong? The folder exists with all the plugins inside.
Thanks in advance

I had the same issue and had to power cycle (unplug, replug) the Pi. Plugins now show up.

Thanks for your reply,
I was too impatient. cp command gave an error but i didnt notice.
Im a linux beginner 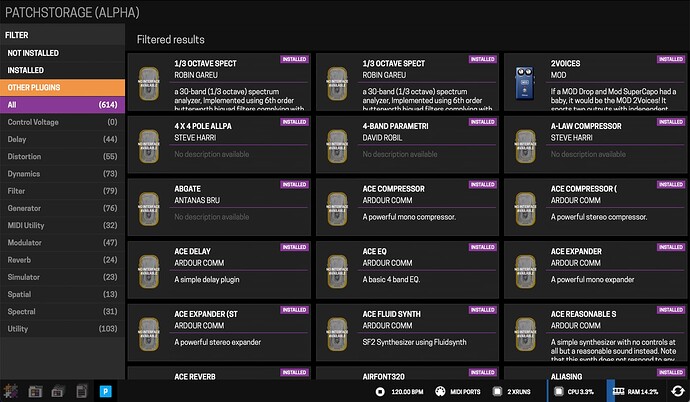 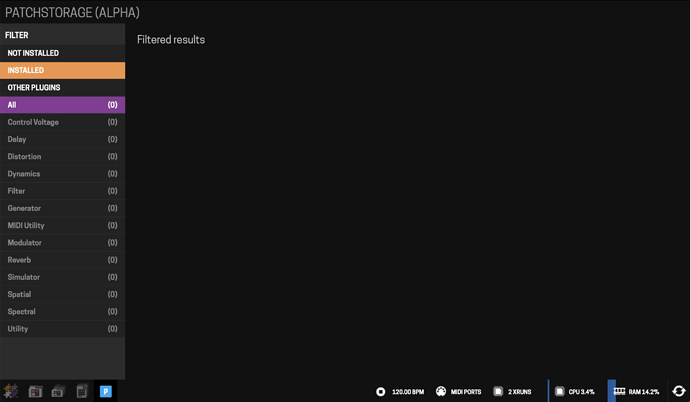 Maybe you have suggestions on how we could rename the sections to make it more clear?

Sorry it took me a while to test the upgrade but I bit the bullet today. Before I did any of this I made a copy of my SD card and I’m running the update on the copy instead.

So I ran the two commands as directed. The “patchbox module activate modep” command crashed with the following:

During handling of the above exception, another exception occurred:

See the responses there, maybe that will get you past that.